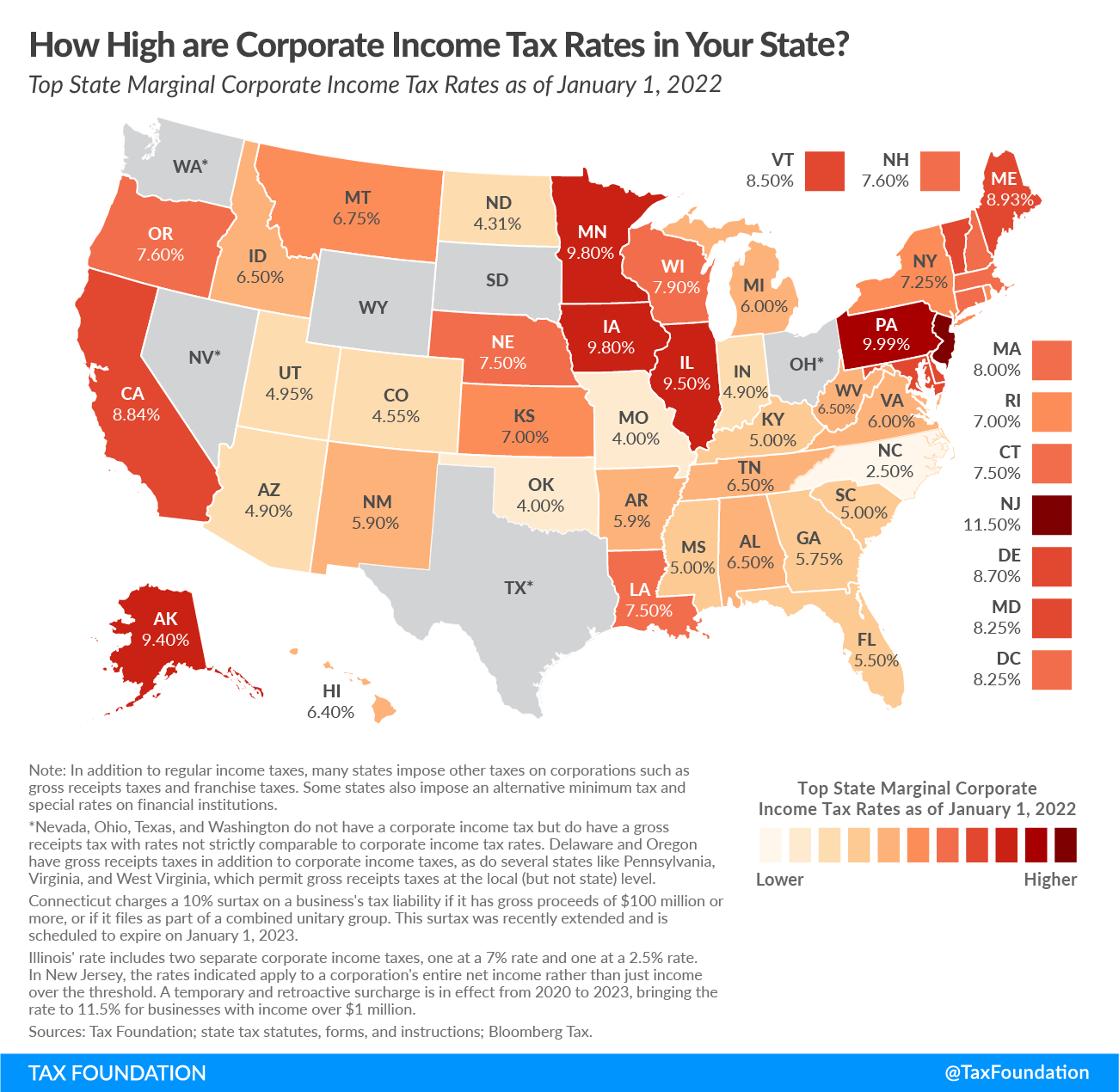 Conversely, North Carolina’s flat rate of 2.5 percent is the lowest in the country, followed by rates in Missouri and Oklahoma (both at 4 percent) and North Dakota (4.31 percent). Seven other states impose top rates at or below 5 percent: Colorado (4.55 percent), Arizona and Indiana (4.9 percent), Utah (4.95 percent), and Kentucky, Mississippi, and South Carolina (5 percent).

Twenty-nine states and the District of Columbia have single-rate corporate tax systems. The greater propensity toward single-rate systems for corporate tax than individual income tax is likely because there is no meaningful “ability to pay” concept in corporate taxation. Jeffrey Kwall, professor of law at Loyola University Chicago School of Law, notes that:

A single-rate system minimizes the incentive for firms to engage in economically wasteful tax planning to mitigate the damage of higher marginal tax rates that some states levy as taxable income rises.

Several states implemented corporate income tax rate changes over the past year, among other revisions and reforms. Notable changes for tax year 2022 include:

Revenues up Triple Digits in the Past 3 Years
Saving Becomes A Thing Again
Don’t Buy This AI Stock Yet
A 10/10 Buffett Gem
Is the Worst Behind Netflix?