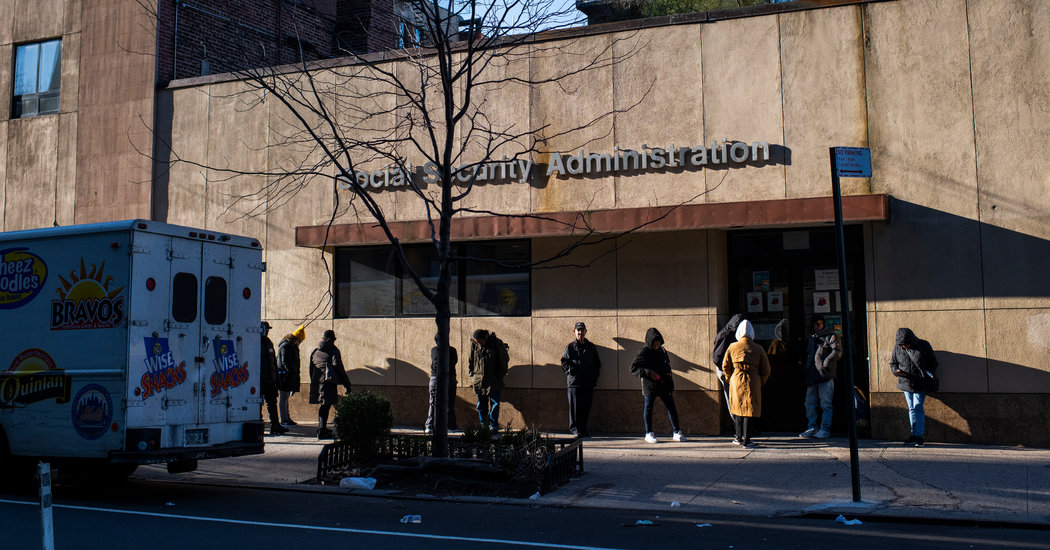 The national network of Social Security customer service offices, which were closed nearly two years ago at the start of the pandemic, is on track to reopen on March 30.

The Social Security Administration and unions representing the agency’s work force agreed this week to reopen more than 1,200 offices, contingent on changes in pandemic conditions and further negotiations. Bargaining is set to conclude by March 1, which would allow 30 days to plan for the office re-entry.

“This agreement will allow all the parties to wait and see what happens with the latest wave of the pandemic,” said Rich Couture, chief negotiator for the American Federation of Government Employees, one of three unions representing the agency work force involved in the talks. “Hopefully it subsides, but if it doesn’t, we can take further action to postpone the reopening if necessary.”

Social Security field offices handle benefit claims for retirement and Medicare. But they also assist with applications for Social Security Disability Insurance and Supplemental Security Income, the benefit program for low-income, disabled or older people. Since the pandemic began, nearly all public service has been available only online, and by phone and mail, and the agency work force has operated virtually. Office visits are available only by appointment and only for a limited number of critical issues.

Processing of Social Security retirement benefits and Medicare claims has not been impaired during the office shutdown, agency records show. But there were sharp drops in 2020 in benefit awards for Supplemental Security Income and disability insurance.

Social Security had earlier announced a tentative plan for employees to return to the offices on Jan. 3. But that date was postponed because of disagreements between the agency and unions over specifics of the plan.

The new agreement calls for all employees and visitors to wear masks while at Social Security facilities, regardless of their vaccination status. Under the agency’s original plan, visitors who stated that they were vaccinated would have been permitted to forgo masks. The agreement also calls for negotiations between the agency and various segments of the work force over the specifics of each group’s reopening plan.

“Our main concern is to keep employees and the visiting public safe and healthy,” Mr. Couture said.

The details on office reopenings, including hours of operation, are still being negotiated, but are expected to be announced in March. The agency also plans to continue to allow telework to varying degrees for different jobs.

During the transition, the agency advises people to use its website wherever possible or to call its national toll-free number, 800-772-1213, as a starting point to receive assistance.

Is the Worst Behind Netflix?
Time to Buy Airline Stocks?
Google May Not Be King Much Longer
Don’t Buy This AI Stock Yet
Safety and Growth Rolled Into One