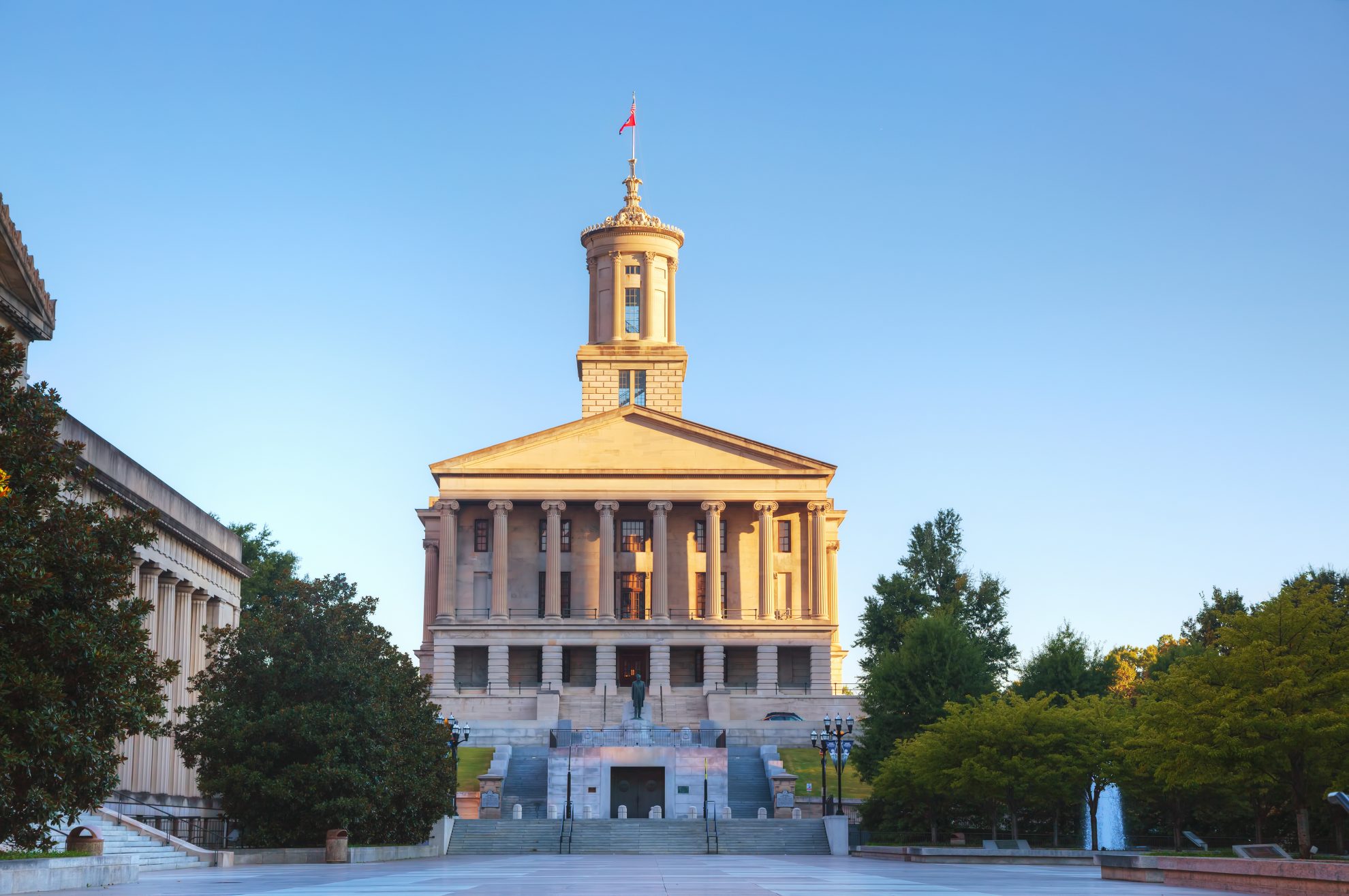 Tennessee made important strides in improving its tax structure when it completed phaseout of the Hall Tax—the state’s income tax, which was levied only on interest and dividends income. This change was many years in the works, making Tennessee the eighth state without an individual income tax. But while Tennessee now boasts no individual income tax, there is still more work to be done for businesses—Tennessee is in a good position to get the job done.

Tennessee’s general fund revenue grew by 8 percent in FY 2021 and the Department of Revenue expects this growth to continue in FY 2023, albeit at a slower pace. Using this recurring growth to improve the tax code would set the state up for continuing success.

Businesses in Tennessee face up to three separate layers of taxation: something akin to a typical corporate income tax but which also applies to S Corporations and most LLCs (the Excise Tax), a capital stock tax on businesses’ net worth (the Franchise Tax), and a gross receipts tax (the Business Tax). If the Volunteer State is looking to build off its forward momentum and make the state more attractive to businesses, all three of these taxes are ripe for improvement. Sole proprietors and general partnerships are exempt from Franchise and Excise taxes, but they apply to other pass-through businesses which would typically be subject to individual income taxes in other states. Therefore, pass-through businesses do not enjoy the same benefit as they would if operating in some other states without an individual income tax.

Tennessee’s flat business income tax rate of 6.5 percent is in the middle of the road when compared to other states. Even so, there are areas where the Volunteer State could stand to improve its structure—namely, its apportionment formula and treatment of capital investment.

When C corporations conduct business in more than one state, they must apportion their income to each state in which they have nexus for tax purposes. Currently, states can use three factors in their apportionment formulas: the share of total property, payroll, and sales that a firm has located in each state. Historically, most states weighted these factors evenly, but there is a pronounced trend toward giving greater—or even exclusive—weight to the sales factor. Doing so generally benefits in-state companies while exporting some of the tax burden to companies with sales, but less of a physical presence, in the state.

Tennessee currently has three factor apportionment, with the sales factor receiving double weight. This is a perfectly legitimate way to apportion corporate income, but in a landscape where states are increasingly favoring in-state operations, retaining a three-factor apportionment formula could make Tennessee look less competitive in the long run.

More uncompetitive than the apportionment formula is the state’s treatment of capital investment. Eighteen states allow the immediate write-off of all business investment, following the federal treatment, while Tennessee requires businesses to deduct capital expenses in accordance with preset depreciation schedules. In other words, instead of immediately deducting capital expenses in the year the investment occurred, it could take 15 years before Tennessee acknowledges the full cost of an investment to a firm.

This creates a problem. Due to inflation and the time value of money, a dollar in the future is always worth less than a dollar today. Delaying deductions for the cost of business investments means that the real value of the deductions will always be less than the original cost. Ultimately, this treatment means the corporate income tax is biased against investment in capital assets, as other business expenses (e.g., labor, advertising, and supplies) can be written off in the first year. This is especially harmful to businesses in equipment-intensive, manufacturing industries.

It is worth mentioning that the creation of the net interest deduction limitation—found in section 163(j)—on the federal level was intended to help pay for costs from the implementation of full expensing. Notably, while Tennessee does not conform to the business-friendly section expensing provisions, the state does conform to the revenue-raising section 163(j).

Federal expensing provisions are set to expire in 2023; no state has acted to extend this deadline. At the same time, the federal interest limitation is becoming more stringent. This creates an opportunity for the Volunteer state: conforming to federal expensing provisions would bring Tennessee back in line with its peers, while making full expensing a permanent part of its corporate tax code would set the state apart.

Tennessee is one of 16 states to levy a franchise (or capital stock) tax on businesses. Among these states, it levies the fourth-highest rate of 0.26 percent and does not place a cap on payments.

“Capital stock,” which this tax targets, includes the value of all the physical components a firm uses to generate its goods or services, minus the firm’s debt. Franchise taxes are levied regardless of whether a business makes a profit, making them especially onerous to new businesses that have yet to turn a profit, and to all businesses during times of economic downturn.

Over the last 10 years, lawmakers have grown to realize the problems with franchise taxes. As a result, four states have completely repealed their franchise taxes, and two more are in the process of phasing them out.

Tennessee would do well to follow suit in whatever way it can. As the franchise tax makes up a significant portion of the state’s business revenues (the tax brought in $1.07 billion for the state in FY 2021), a full repeal in the near future would likely be difficult. However, lawmakers should pursue creating a payment cap and lowering rates to reduce the state’s reliance on the franchise tax.

Tennessee also levies a low-rate gross receipts tax on all businesses that have nexus in the state. Rates range from 0.02 percent to 0.3 percent, depending on business classifications. Unlike corporate income taxes, which target actual profits, gross receipts taxes are applied to a company’s gross sales, without deductions for business expenses like compensation and cost of goods sold. Seven states currently levy gross receipts taxes.

Even with rates as low as those in Tennessee, gross receipts taxes can cause economic damage. Business-to-business transactions are not exempt, so the same economic value is taxed during each transaction in the production process. This compounds the effect of the tax, which can lead to higher prices for customers, lower wages for workers, or more limited job opportunities. Affected firms are incentivized to vertically integrate, change industries, or leave the taxing jurisdiction.

Businesses and industries with lower profit margins or more stages in the production process—as each one is taxed separately—are hit harder by gross receipts taxes than are high-margin businesses that are vertically integrated. Differential rates attempt to adjust for these differences on an industry-by-industry basis but do so imperfectly. As with franchise taxes, gross receipts taxes can be particularly severe for start-ups and entrepreneurs, who typically post losses in early years while still owing gross receipts payments.

The state leans less heavily on this tax than the franchise tax, as gross receipts brought in $264 million for the state in FY 2021. The local portion of the business tax makes full elimination a difficult conversation. However, as Tennessee’s gross receipts rates are already comparatively low, lawmakers can work to further reduce reliance on such an economically harmful tax on the state level.

In an era where businesses and workers are increasingly mobile, state tax competition becomes more important than ever before. Tennessee has already taken important steps in the right direction, and the legislature seems to be interested in continuing this progress. If lawmakers wish to make the state as competitive as possible, they should take this opportunity to improve the state’s corporate tax structure and to reduce the state’s reliance on its more economically damaging franchise and gross receipts taxes.

As they begin another legislative session, lawmakers can celebrate past successes while pressing on to make the Volunteer State a more attractive business destination.

Don’t Buy This AI Stock Yet
Saving Becomes A Thing Again
Is the Worst Behind Netflix?
Institutions are coming back into Crypto
A 10/10 Buffett Gem