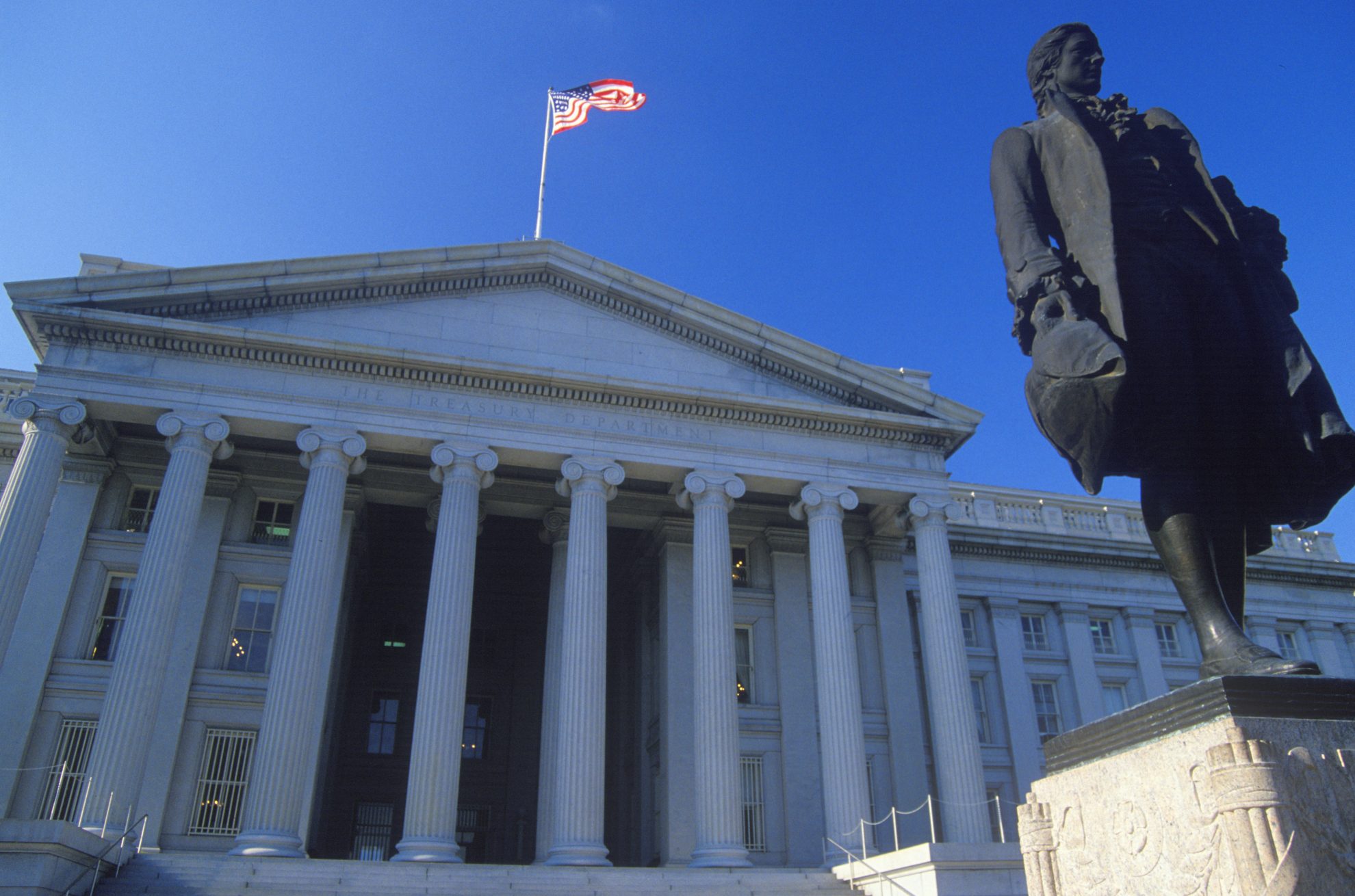 The Department of the Treasury has finalized its rule governing State and Local Fiscal Recovery Funds (SLFRF), the $350 billion state and local governments received under the American Rescue Plan Act (ARPA). State policymakers should have three key takeaways:

Each of these deserves consideration, beginning with the most actionable for state lawmakers: the changes pertaining to replenishing unemployment compensation trust funds.

States’ unemployment compensation trust funds took a beating during the pandemic, one of the few areas where states are in worse shape financially. States paid out an estimated $187 billion in unemployment benefits over the past two years (February 2020 through January 2022), compared to pre-pandemic averages of about $30 billion a year, a rate of expenditure which rapidly depleted many states’ accounts. That’s unsurprising given that it represents 2.6 times states’ aggregate pre-pandemic balance of $72 billion.

The federal government spent an additional $672 billion on extended and expanded benefits, but it also provided loans (called Title XII Advances) to states which exhausted their own funds. Nine states and the Virgin Islands still owe the federal government a combined $40.5 billion, and state balances are tens of billions of dollars lower than they were pre-pandemic. Under ARPA, states are authorized to use fiscal recovery funds to repay Title XII Advances and restore trust funds to pre-pandemic (defined as January 27, 2020) levels. Unfortunately, many states have yet to act on this authority, currently leaving about $76 billion on the table.

The interim final rule, which Treasury issued last fall, provided states with assurances that fiscal recovery funds could be used for this purpose. The newly promulgated final rule, however, adds an important provision: after April 1, 2022, when the final rule goes into effect, depositing SLFRF dollars into unemployment compensation trust funds will create a maintenance of effort obligation through December 2024, meaning that states would not be permitted to take any action to reduce weekly benefits or the number of weeks of benefits available.

Many states may have no desire to do this. Others may anticipate the need for an adjustment. Regardless, state lawmakers may be wary of having their hands tied by the federal government. But there is a grace period, which could be a motivation for states to act fast.

The maintenance of effort requirement does not apply to any state acting under the interim rule, which is in effect until April 1. The new rule, moreover, promises Treasury’s forbearance of enforcing the requirement for deposits or repayments made after that date if recipient governments have taken “significant steps toward” it by April 1, “such as the legislative appropriation of funds for this purpose, even if a formal obligation has not occurred.” This means that if legislatures approved the use prior to April 1, then the maintenance of effort requirement would not bind the state even if the actual deposit or repayment took place later—presumably after the next tranche of recovery fund payments hit in May.

There is, moreover, another reason to act quickly: doing so maximizes the amount that can be put toward UC trust funds, which are one of the best possible uses of this one-time funding. States are permitted to replenish funds up to pre-pandemic levels, but understandably cannot do so, draw down funds, and replenish again up to that level. As states begin to collect UI taxes for 2022, most of which is remitted in the year’s first quarter, their balances will be higher and the amount they can draw from ARPA funds will consequently be lower. Acting expeditiously will maximize how much of their SLFRF aid states can spend on putting their UC trust funds back on a path to solvency.

From the start, the $350 billion for state and local governments has been of doubtful utility. Proponents insisted the money was necessary to stave off austerity measures, but as Treasury notes, state and local tax revenues are up a staggering 21 percent year-over-year. States have until the end of 2024 to obligate the funds and through 2026 to spend them, so there is not a rush on some expenditures. It has, nevertheless, become apparent that state and local governments would struggle to find ways to spend this massive, and massively unnecessary, cash infusion if limited to the four categories of expenditures authorized by the original legislation.

In response to this acknowledgment, that the funds were largely unnecessary for the purposes for which Congress appropriated the money, Treasury arrogated to itself the power to read expansive new prerogatives into those definitions. For instance, governments are allowed to use the funding to respond to negative economic impacts of the pandemic. Treasury has largely waived the requirement to demonstrate these impacts, instead assuming that just about anything designed to benefit low- or moderate-income households or communities is a pandemic response. Consequently, a wide range of expenditures in housing, education, health care, and childcare are now authorized.

Similarly, the definition of restoring pre-pandemic government employment—an allowable use—now includes increasing employment up to 7.5 percent above pre-pandemic baseline, a dramatic increase in public employment that governments will have to continue to fund once ARPA dollars dry up. And, mostly of benefit to smaller local governments, it’s now possible to claim a “standard allowance” of $10 million in revenue loss even if revenues actually grew. Meanwhile, recipients have enhanced flexibility on the time periods to use in calculating whether they truly lost revenue.

The American Rescue Plan Act contains a so-called Tax Mandate intended to prohibit states from spending the federal money on tax cuts, either directly (reasonable) or indirectly (potentially quite unreasonable). The prohibition on indirectly facilitating a tax cut is vague, expansive, and difficult to quantify. The Treasury appropriately, in both the interim and now the final rule, confirmed that states are not prohibited from cutting taxes if they can afford the tax cuts out of their own revenue growth. This was the case for all sixteen states which enacted or implemented income tax cuts in 2021, and will be true of many more states providing tax relief this year, given robust revenue gains. With narrower provisions, Treasury also concedes that states can cut taxes offset by spending cuts, and allows simple conformity to new federal tax provisions, while establishing a 1 percent de minimis threshold to avoid creating headaches for states considering policies with only incidental revenues.

The interim final rule, however, had several shortcomings, which the Tax Foundation and others addressed in regulatory comments. Although Treasury acknowledge some of these comments in its final rule, it did not act on them. Whereas Treasury bent over backwards to respond to requests for more expansive spending authority, it declined to address deficiencies in its enforcement of the Tax Mandate.

Treasury cannot, of course, rescind the mandate, the constitutionality of which is currently being litigated in multiple courts. It could, however, have made the de minimis threshold an exclusion, avoiding a cliff effect. It could have revised its use of spending aggregation at the department level to quantify spending cuts, which shortchanges states when they trim budgets. And it could have allowed states to catch up on postponed conformity actions. It did none of these things.

States will continue to cut taxes because revenues are skyrocketing. But some will also be keeping a close eye on litigation targeting this dubious restriction on states’ fiscal autonomy.

Revenues up Triple Digits in the Past 3 Years
Is the Worst Behind Netflix?
Saving Becomes A Thing Again
Don’t Buy This AI Stock Yet
Load Up Now on This ETF