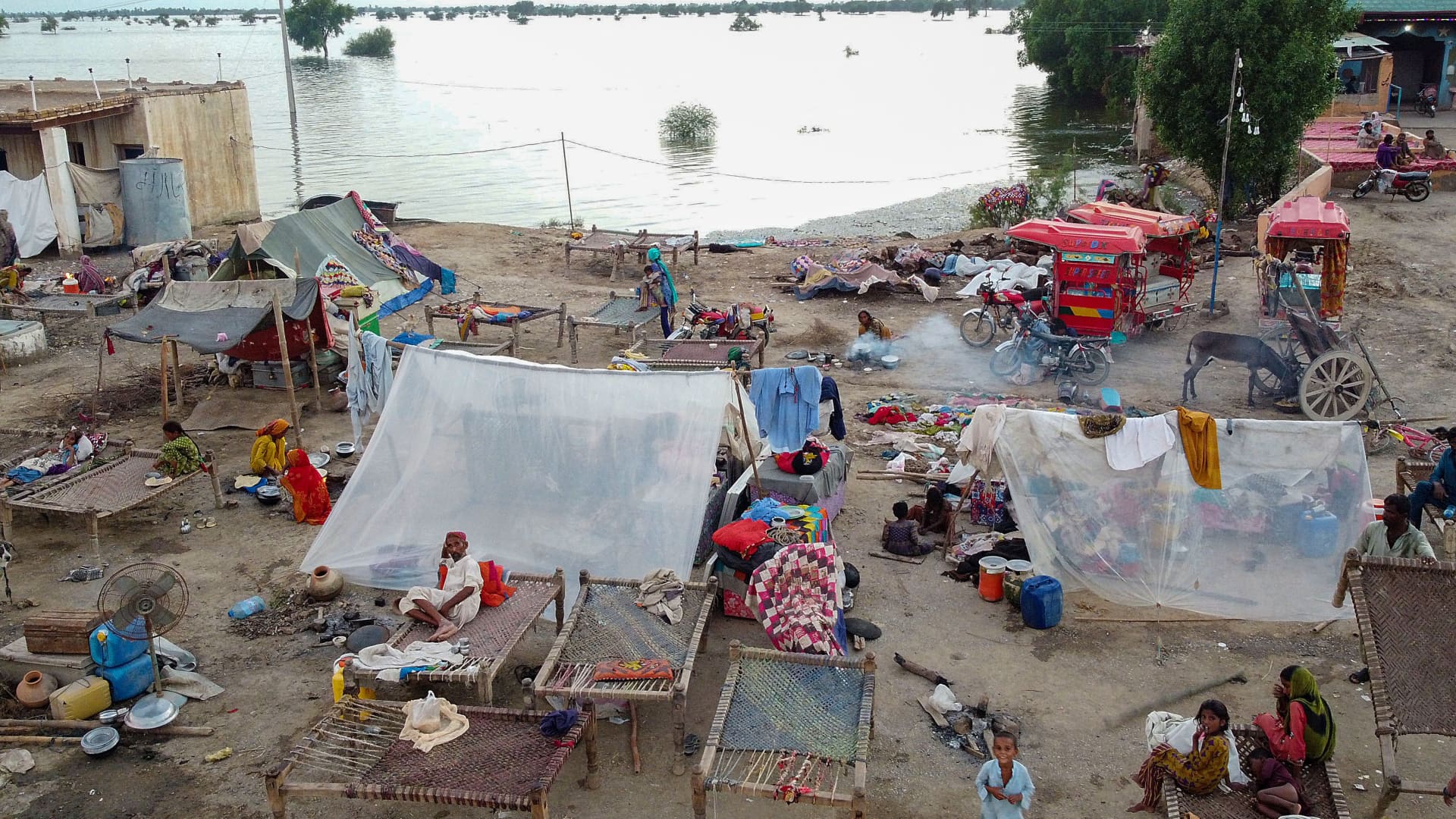 The cost of flood damage to insured property around the globe is jumping drastically, and climate change is one of several factors, according to a new report out Thursday from the insurance giant Swiss Re.

In the first year of the next decade alone, 2021, insured losses were $20 billion, Swiss Re said.

Population growth, the growth of cities, and the increasing intensity of flooding events due to climate change are to blame for the surge in the damage done by floods. “Climate change is increasing likelihood of high-intensity, heavy rain and short-duration floods events associated with tropical cyclones,” the report from Swiss Re said.

Currently, Pakistan is struggling to recover from deadly floods that have killed more than 1,000 people and injured many more, according to António Guterres, the Secretary-General of the United Nations.

“Pakistan is awash in suffering. The Pakistani people are facing a monsoon on steroids — the relentless impact of epochal levels of rain and flooding,” Guterres said on Monday.

“As we continue to see more and more extreme weather events around the world, it is outrageous that climate action is being put on the back burner as global emissions of greenhouse gases are still rising, putting all of us – everywhere – in growing danger,” Guterres said.

In the United States, almost 40% of the population lives in coastal counties and another 10% in floodplains.

“Despite the private flood insurance market gaining traction over the last few years, too many people are still not covered for flooding and the majority of those impacted by these events are uninsured, leaving them to pick up the pieces at their own expense,” Keith Wolfe, president of property and casualty for Swiss Re in the US, said in a written statement.

Extreme rainfall can cause flooding anywhere, said Swiss Re.

“Flood risk is in a lot more places than your mortgage company tells you,” Wolfe said.

For the insurance industry, the ability to properly insure properties for flooding risk is improving due to better date and more granular risk mapping, Swiss Re said. It’s still not perfect, though. The accuracy for measuring flood risk has improved but it still “remains limited,” the report said. .

As 30-year mortgage rates hit 6.7%, homebuyers are facing ‘payment shock.’ Here are ways to save
Trip.com says China hotel bookings are surpassing pre-pandemic levels
Ford warns investors of an extra $1 billion in supply chain costs during the third quarter
Another interest rate hike is coming from the Federal Reserve: Here’s how it could affect you
Read the highlights of the new lawsuit against Donald Trump by New York Attorney General Letitia James