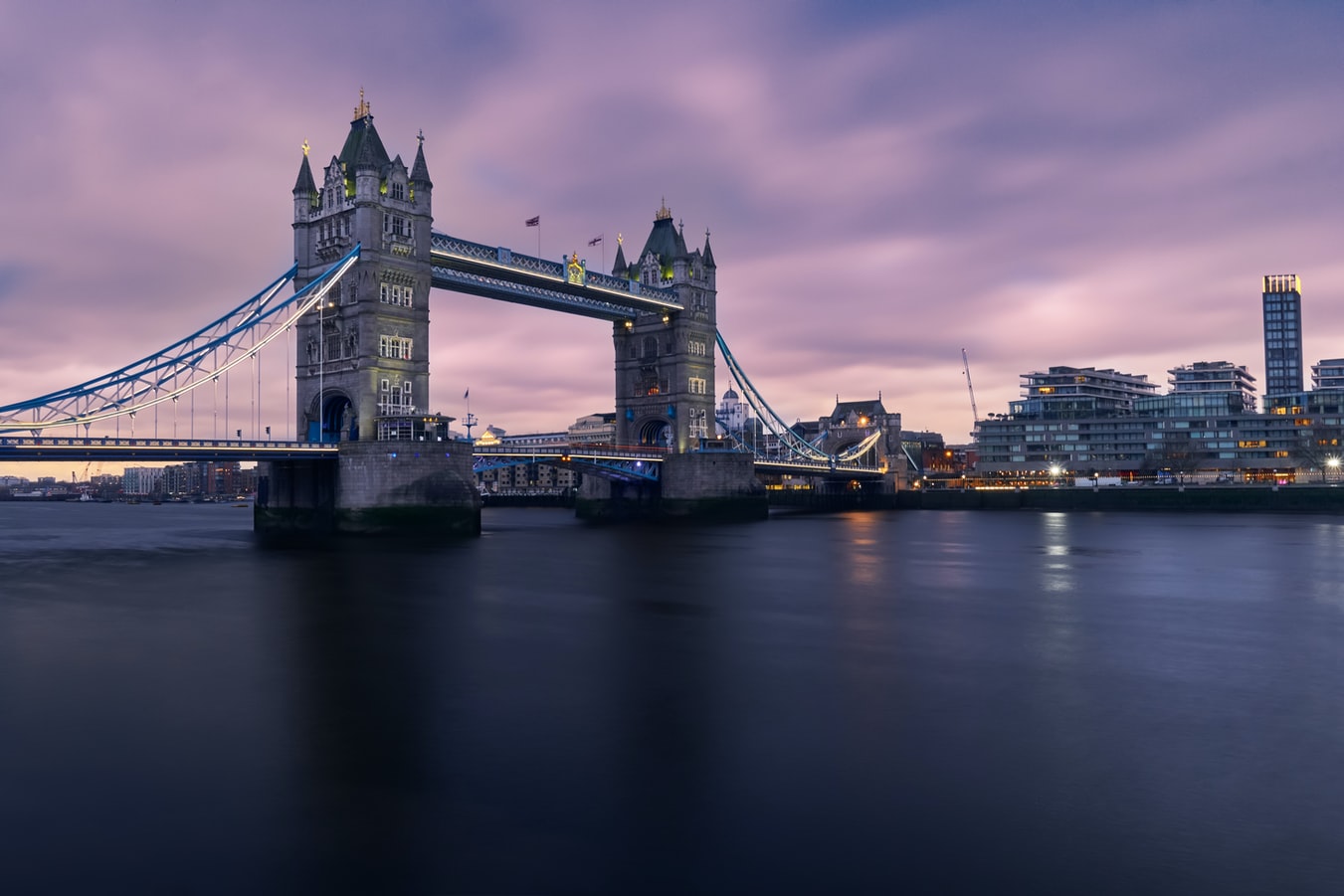 The UK income tax has a tax-free personal allowance of £12,570, and three tax bands (called tax brackets in the U.S.) with rates of 20 percent, 40 percent, and 45 percent on incomes above the allowance. The system phases out the untaxed personal allowance for incomes between £100,000 and £125,140, at a rate of £1 for every £2 of income over £100,000. This results in a de facto 60 percent tax band in the middle of the 40 percent band. (Note that rates and bands are different in Scotland.) The corporation tax is currently 19 percent, but an earlier UK budget has scheduled it to increase to 25 percent, effective April 1, 2023, for firms with incomes above £250,000. There is a 13.8 percent rate of National Insurance Contributions (NICs) paid by workers (NICs are akin to the U.S. payroll tax for old age pensions but with an exempt amount at the bottom). Employers also pay NICs at a slightly higher rate.

The Truss-Kwarteng plan would have forestalled the corporation tax increase, reduced the basic tax rate on personal income from 20 percent to 19 percent, and cut the 45 percent tax rate to 40 percent, restoring a two-band system. It would have rolled back a recent rise in the NICs rate. Investment, employment, and wages would have been stronger than under current law.

The Sunak-Hunt plan is the opposite. It leaves the pending rise in the corporation tax in place. It raises the windfall profits tax on oil and gas producers and imposes a new tax on electricity generation, which will drive up the cost of energy, prompting the government to promise more spending on energy grants to consumers. The tax plan offers some rate relief only to small businesses and reduces no personal income tax rates. Inflation-related wage and pension increases will be allowed to raise taxes faster than inflation by pushing incomes deeper into the tax rate bands, reducing real after-tax incomes. The income threshold at which the 45 percent tax rate begins would be reduced from £150,000 to £125,140, the income level at which the 60 percent personal allowance phase-out rate bubble ends. More people will be subject to the personal allowance phase-out and the NICs as wages rise with inflation. Production costs will rise; employment and hours worked will fall.

Until recently, Britain adjusted key elements of the income tax for inflation, called tax indexing in the U.S. An earlier budget froze the adjustments through 2026 for the personal allowance, the income thresholds between the tax bands, the income at which the personal allowance begins to be phased out, and the threshold for payment of NICs. The Sunak-Hunt tax plan would extend the freeze through 2028. The UK Office of Budget Responsibility estimates another 6 million workers will be pushed onto the tax roles due to the freezes.

The stealth taxes came thick and fast. . . . The government favors stealth taxes like this, because not only can they avoid announcing a rise, but they tend to affect money we haven’t yet earned, so we’re less likely to notice the change. Unfortunately, over time, inflation will mean the government takes a larger and larger share of our cash, and the sheer length of these freezes means that six years after the fuss of the Autumn statement dies down, the taxman will be quietly picking your pocket.

The initial freeze in the inflation adjustments as inflation rose through single digits was akin to drilling holes in the lifeboats when the ship sighted ice floes ahead. Extending the freeze two more years with inflation now at a double-digit rate is like jettisoning the pegs and mallets that could repair the leaks after the ship has hit a berg and is starting to sink.

The UK government is promising to increase pensions and welfare allowances by 10.1 percent in line with inflation, and a smaller increase in the minimum wage. These increases are not enough to hold people harmless after taxes, so the government is planning to increase low-income support payments, costing it some of the revenues from the tax increase. Some workers may negotiate cost-of-living increases in wages and salaries. If the Increases only match inflation, they will not be adequate to maintain purchasing power after taxes. Why? Because the UK tax system is no longer adjusted for inflation. The raises will be taxable, with no increase in the personal allowance to shelter any added income from tax. Effective tax rates will rise. Some people will be pushed into higher tax bands. Some who now owe no tax will start owing at the bottom rate.

Without inflation adjustments to the tax system, workers in the middle of the 20 percent tax band need a roughly 11.5 percent pay raise to keep pace, after taxes, with 10 percent inflation, while earners in the middle of the 40 percent band need a 13.5 percent pay raise. Businesses would know that any new workers hired would cost them much more in the future, and they would be reluctant to expand employment.

Businesses cannot accommodate wage demands greater than inflation and productivity gains. Businesses raising prices only in line with inflation (which must be the case on average because that is what inflation measures) would be squeezed between rising labor costs and what they can charge. Labor compensation is the biggest business expense, in addition to taxes, materials, and replacement of depreciating plant and equipment. Net after-tax profit is a small percent of GDP or value added, in single digits. A few years of excess labor payments would crush profits, cripple investment and productivity gains, and reduce hiring and hours worked. Output would shrink. With costs higher and with fewer goods and services for the money supply to chase, real prices would rise.

We learned this the hard way in the United States in the 1970s. Double-digit inflation for several years pushed workers up through four U.S. tax brackets. Wage demands exceeded sales growth. Strikes were frequent and bitter, especially in the coal, automobile, and heavy machinery industries. Coal miners’ demand for a 30 percent wage increase over three years was barely enough to break even in terms of real after-tax pay. Auto and machinery workers struck to oppose mandatory overtime because additional wages were taxed at increased rates. Labor-management relations soured. Investment lagged labor force growth. Productivity fell for several years, a rarity in the postwar period, lowering real wages. The more the Federal Reserve tried to boost the economy by creating money, the higher went inflation and interest rates, the more taxes rose on production, and the worse the supply situation became. Britain had similar issues.

Prime Minister Thatcher and President Reagan addressed stagflation in the 1970s and 1980s with a new mix of fiscal and monetary policies. They cut tax rates to reduce production costs and restore after-tax incentives to work, and add to capital investment, followed later by adjustments to the tax system for inflation in the U.S. and Britain. Deregulation promoted real output. Spending restraint covered part of the budget cost. Slower money growth by the Federal Reserve and the Bank of England reduced nominal inflation. In both countries, monetary tightening ran ahead of the tax reductions, but when the tax cuts caught up, the policy mix resulted in real growth with little inflation for 25 years. Increasing real supply and reducing nominal demand produced successful disinflation. Unemployment and inflation in the U.S. dropped to levels no one had thought possible.

History is clear. Lowering budget deficits via spending restraint frees resources for additional private output and jobs. Lowering them by raising taxes on business investment and labor services makes it harder to dis-inflate without a recession. It is folly to think deficit reduction by means of a corporation tax increase would lower interest rates enough to spur investment despite the direct damage from the tax; most business investment is funded by retained after-tax earnings, not borrowing. The path back to non-inflationary growth and higher employment is through spending reduction, reinstatement of the income tax’s inflation adjustment, and retention of Britain’s highly competitive 19 percent corporation tax rate and expensing for capital investments.

Don’t Buy This AI Stock Yet
Saving Becomes A Thing Again
Is the Worst Behind Netflix?
Google May Not Be King Much Longer
Load Up Now on This ETF